In looking for flights to visit a friend in Georgia, I stumbled upon cheap airfare to Tbilisi with a layover in Kyiv, Ukraine. While the layover could have been only 5 hours, I decided to go over earlier to spend a “delayed” layover in Kyiv for 3 days.

I wasn’t sure what to expect when visiting. I’d never been to a country this far east in Europe. Also, as someone who keeps up with politics, there isn’t a lot of good news the USA hears coming from Ukraine right now, especially with their tenuous relationship with Russia and its ongoing attempted annexation of eastern Ukraine as well as its annexation of Crimea.

Of course, the experiences you least expect to surprise you certainly do surprise you in wonderful ways. What really made this stopover special was getting to spend time with a college friend who now lives and works in Kyiv. I was lucky enough to stay with her and be a part of her daily life for three days. Among many things, I got to take a barre class in Russian, met her colleagues, had drinks at some of the best bars in Kyiv, and got the chance to meet and talk with locals.

The best part was that I was there on her birthday weekend, which was so serendipitous! As a way of celebrating, her colleagues got together with her on the  Friday and Saturday night that I was there. It gave me a lot of quality time to learn more about the city and hear stories about living in Kyiv.

As you may know, Ukraine is a former Soviet Union satellite country. After the fall of the Soviet Union, a communist regime, there were some hard times in Ukraine which shaped it to be the country it is now. In fact, it was particularly obvious in Kyiv, where people flaunted their wealth with expensive cars they couldn’t drive (it was always the fancy cars that you would see the bad driving with) and designer clothes galore. Most of the people are very young and there is a 2:1 ratio of women to men. I found it fascinating to notice how feminine the women dressed, wearing high heels that looked like they belong on a runway, and not on the unevenly paved streets of this city.

Interestingly enough, one area that really stood out was the smell, and, in a good way! It was a floral, almost rose-like smell. It was super pleasant and surprising. I was somewhat convinced Kyiv had fragrance they gave to everyone to wear in order to spread the scent around the city.  While it may be the abundance of flowers in bloom, I also smelled it even in non-garden areas. I still haven’t figured it out, but think about how many other cities can you say smell good all the time…!

There are lots of highlights to see in this city. Some of the most obvious ones are the golden-domed churches and monasteries contrasted by the stunning painted stone walls. There are also the cocktails in the speakeasies, the traditional Ukrainian food and an abundance of gardens, among many others.

Below you will find a list of places to see based on the neighborhood.

Golden Gate (the entrance to the ancient city.)

Taras Shevchenko Park and the Botanical Gardens (lots of parks in this city.)

St. Sophia Cathedral (make sure to get a ticket to go inside the 11th/17th century cathedral) 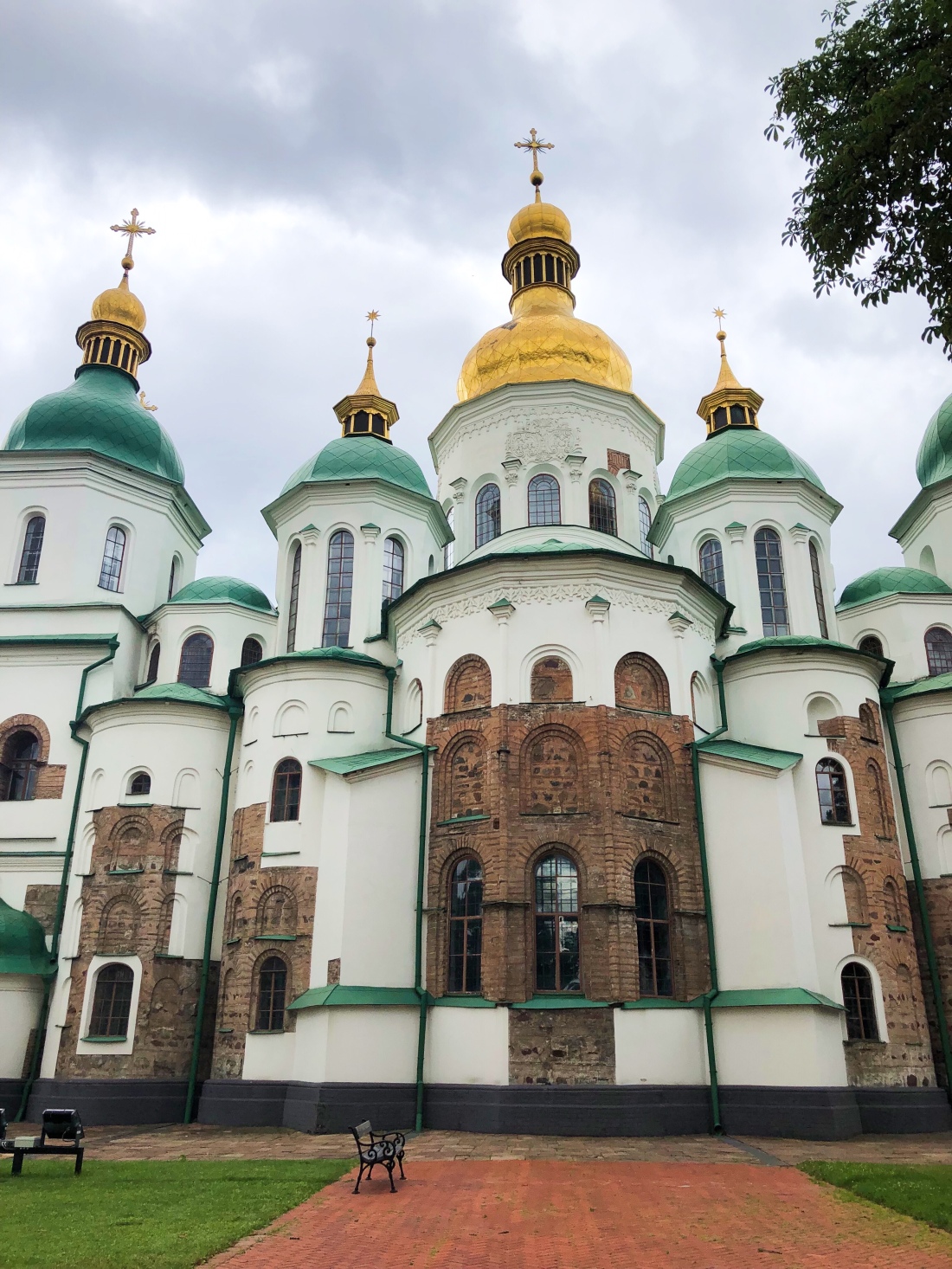 St. Sophia Bell Tower (you can get tickets to go up and see a view of this hilly city) 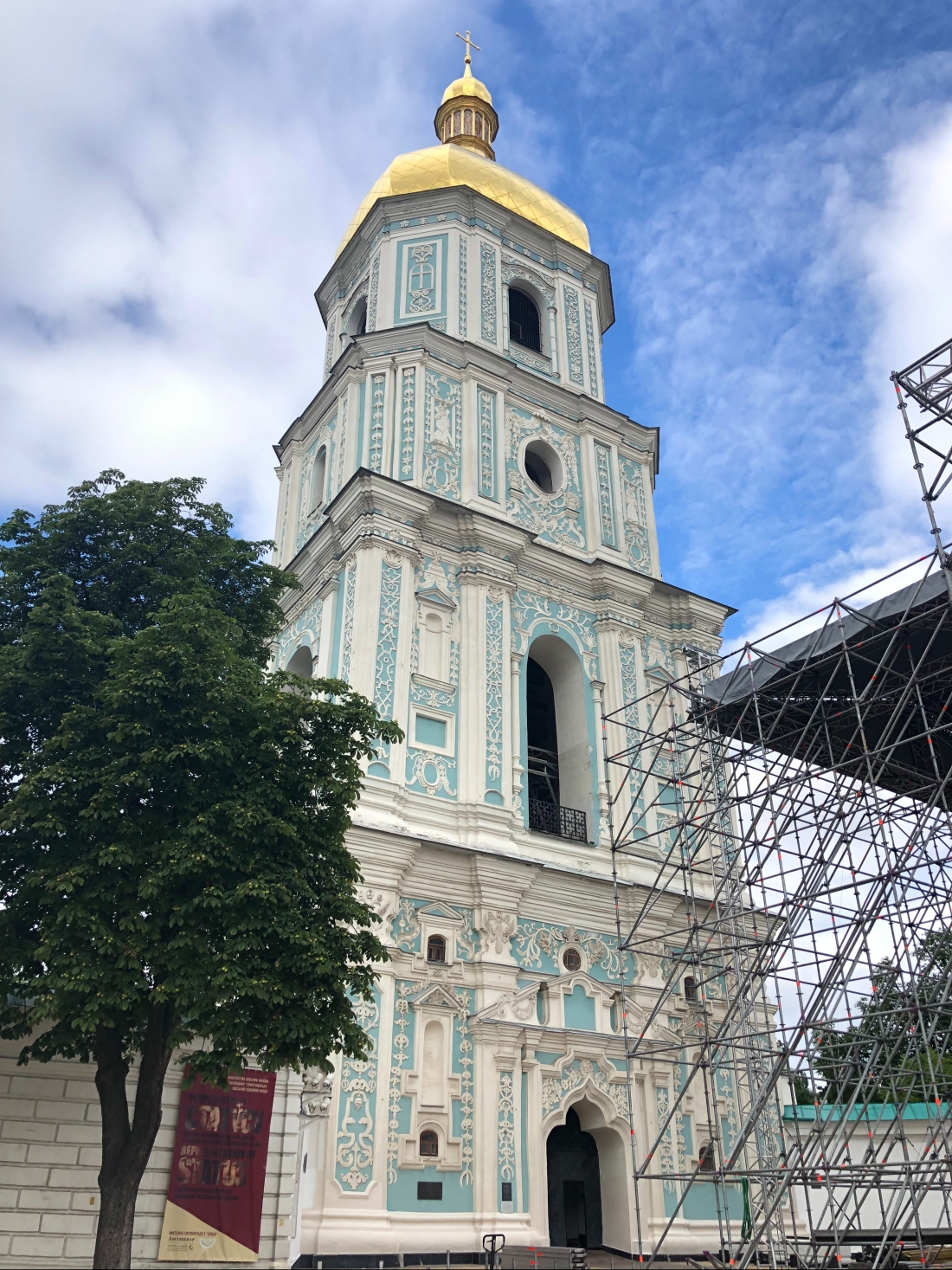 St. Andrew’s Church (a striking teal colored church on the top of a hill.) 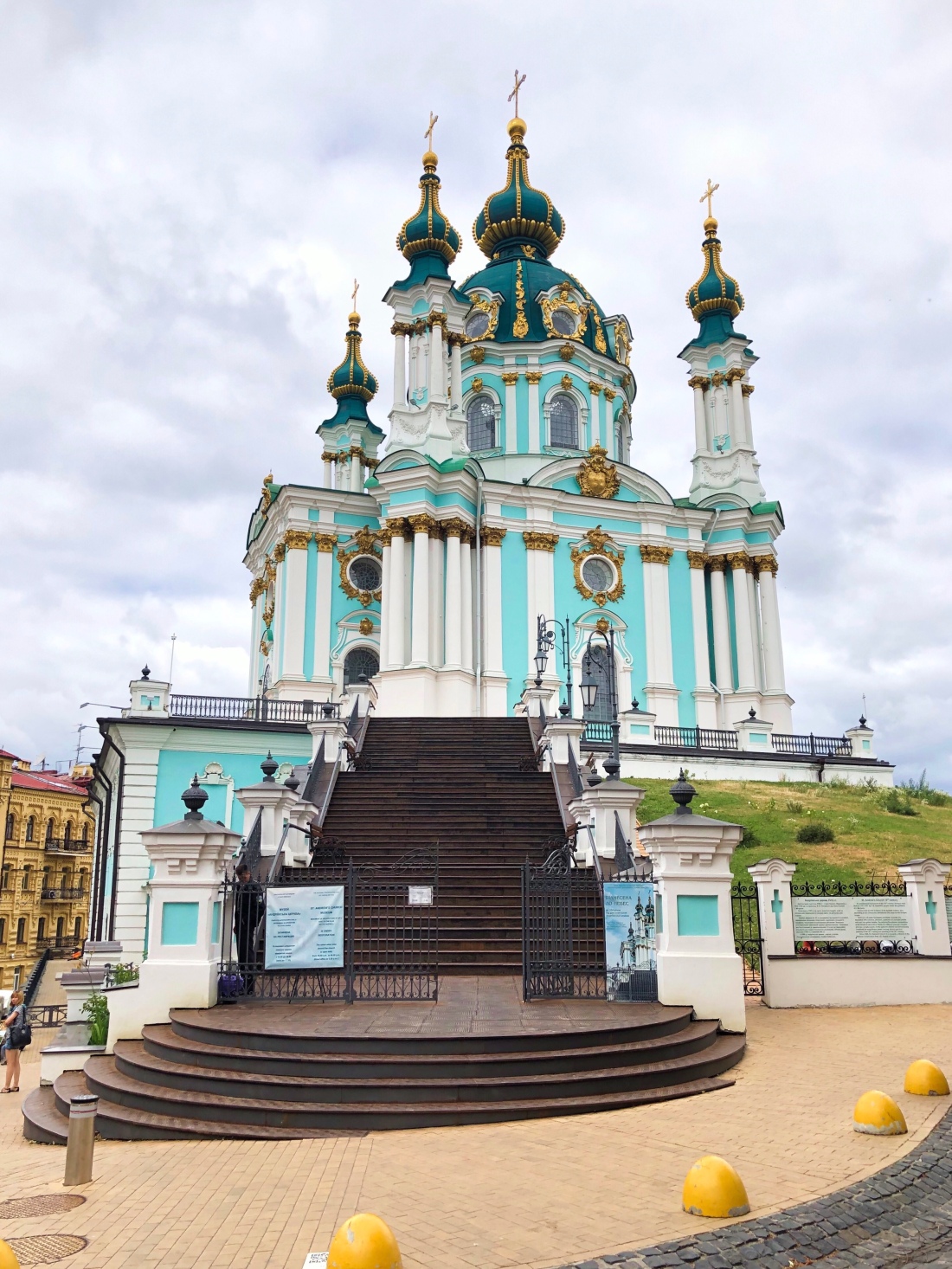 Shopping on Andriivs’kyi Descent (great place to pick up souvenirs.) 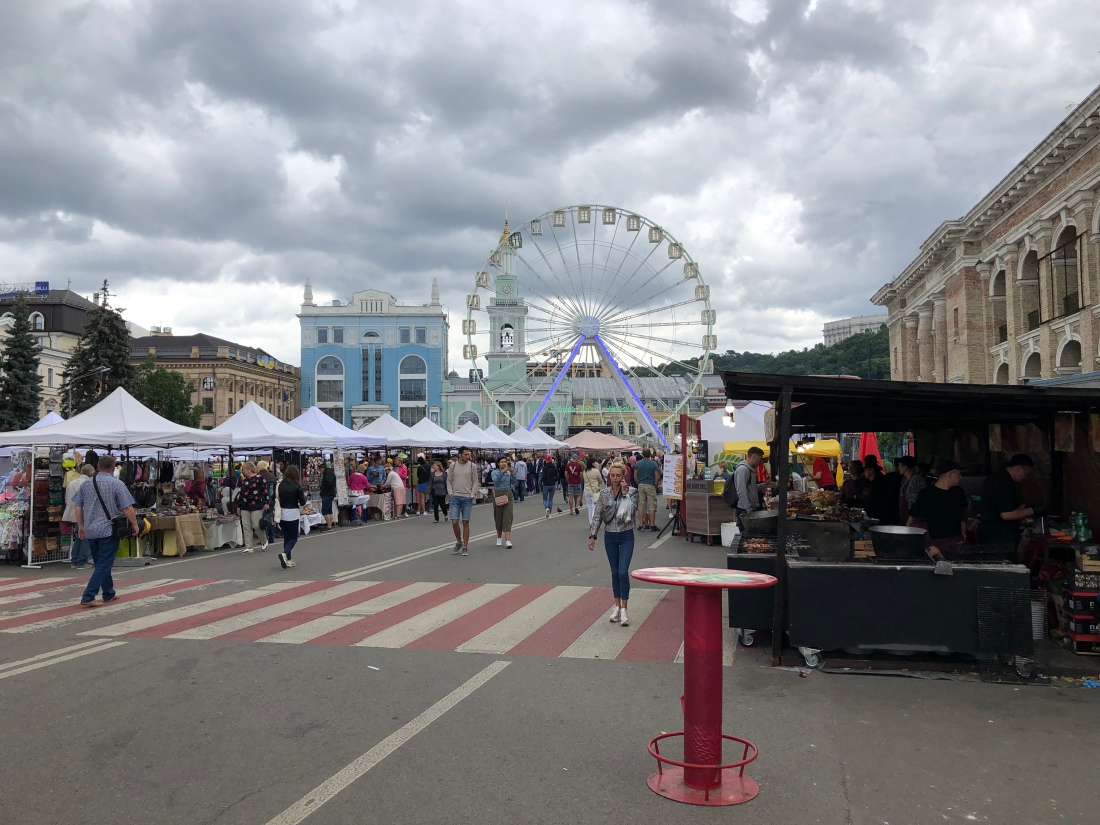 Further out in Kyiv 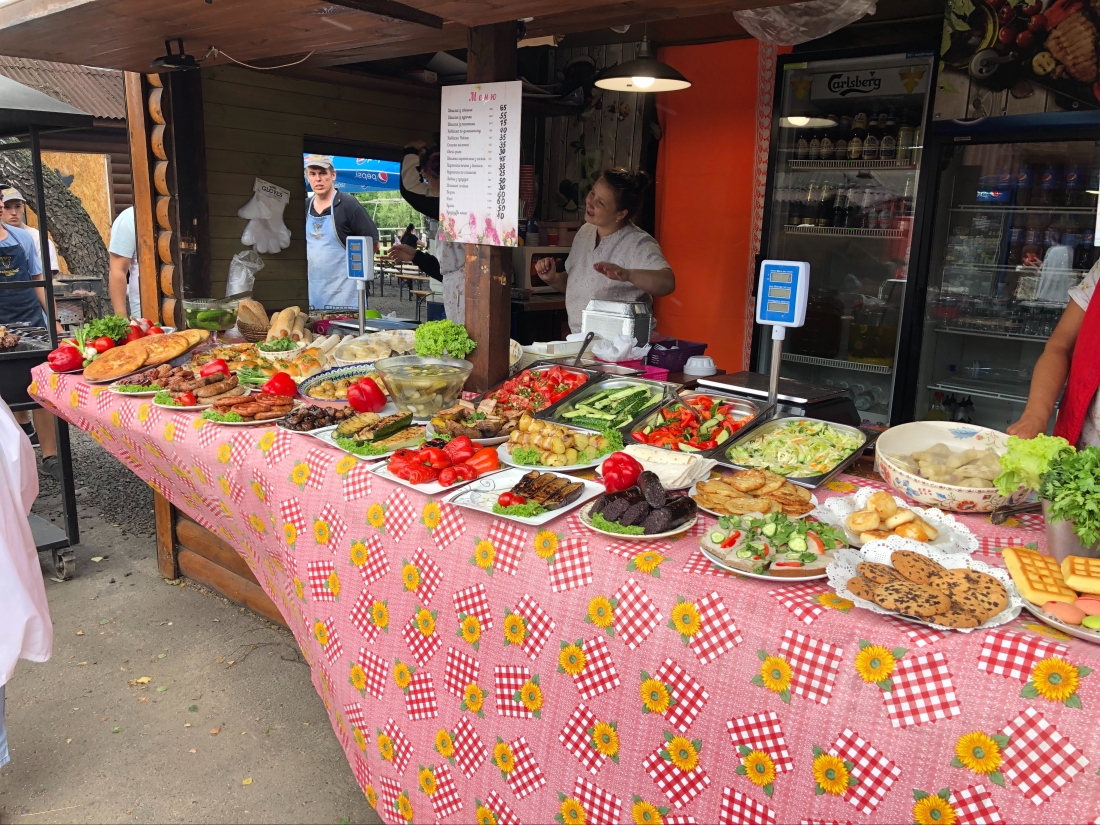 Make sure to try borscht, varenky and potato pancakes. 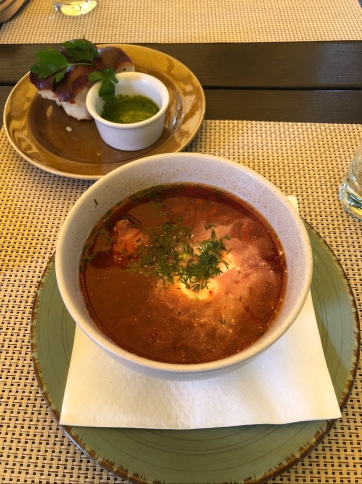 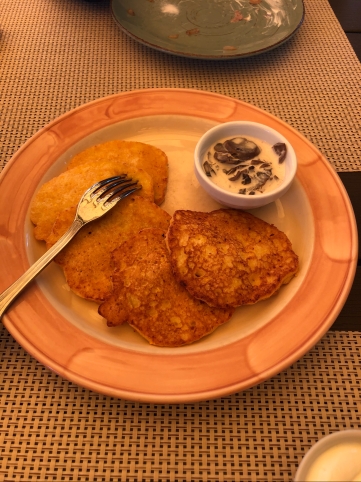 They have an incredible cocktail culture here and speakeasies galore. In fact, Laggerhead was fantastic and I would say a must do.

Always good to try some uniquely Ukrainian snacks. In fact, Drunken Cherry and Lviv Chocolate are both from Lviv, which is a very proudly Ukrainian area of Ukraine. 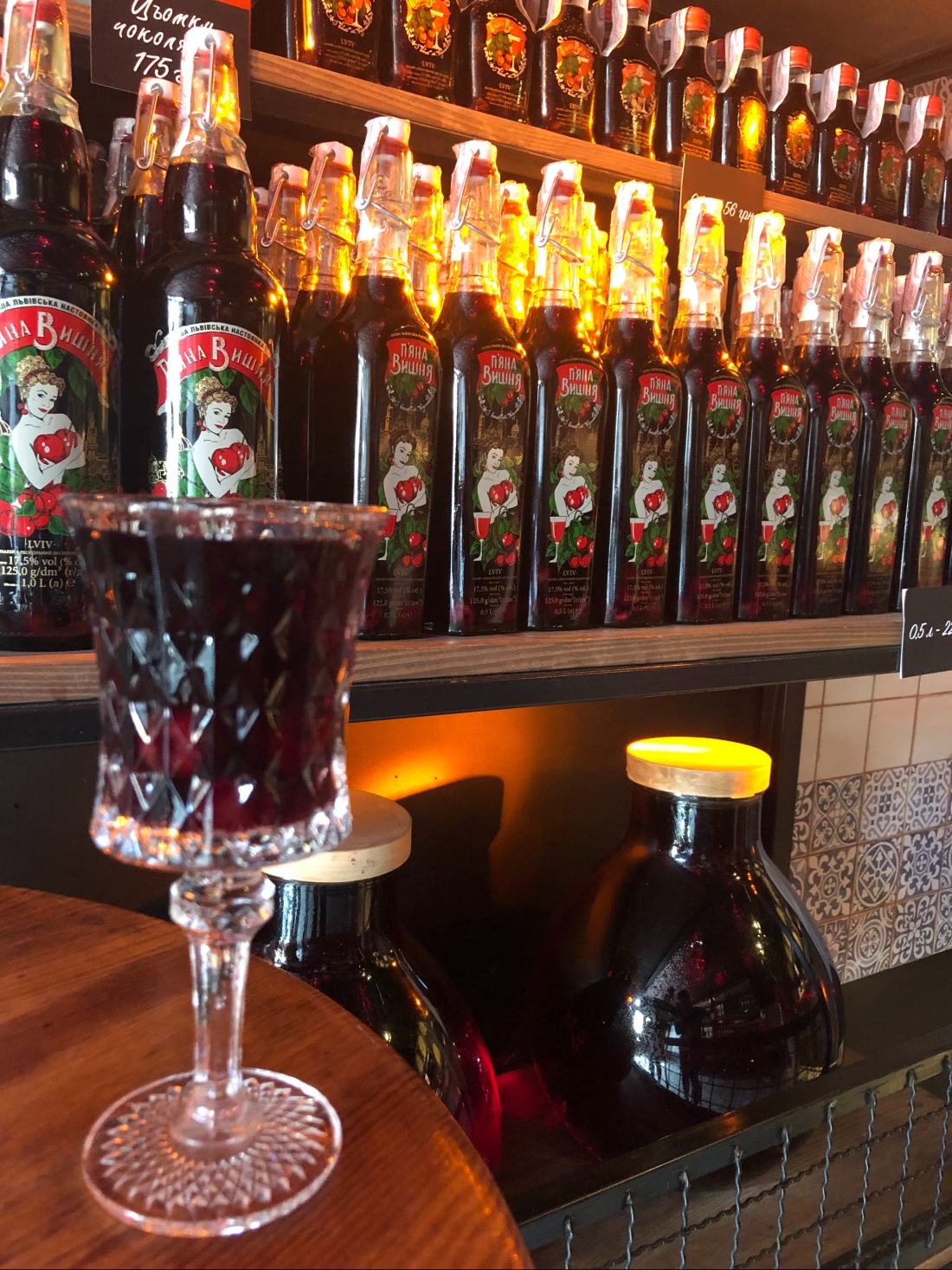 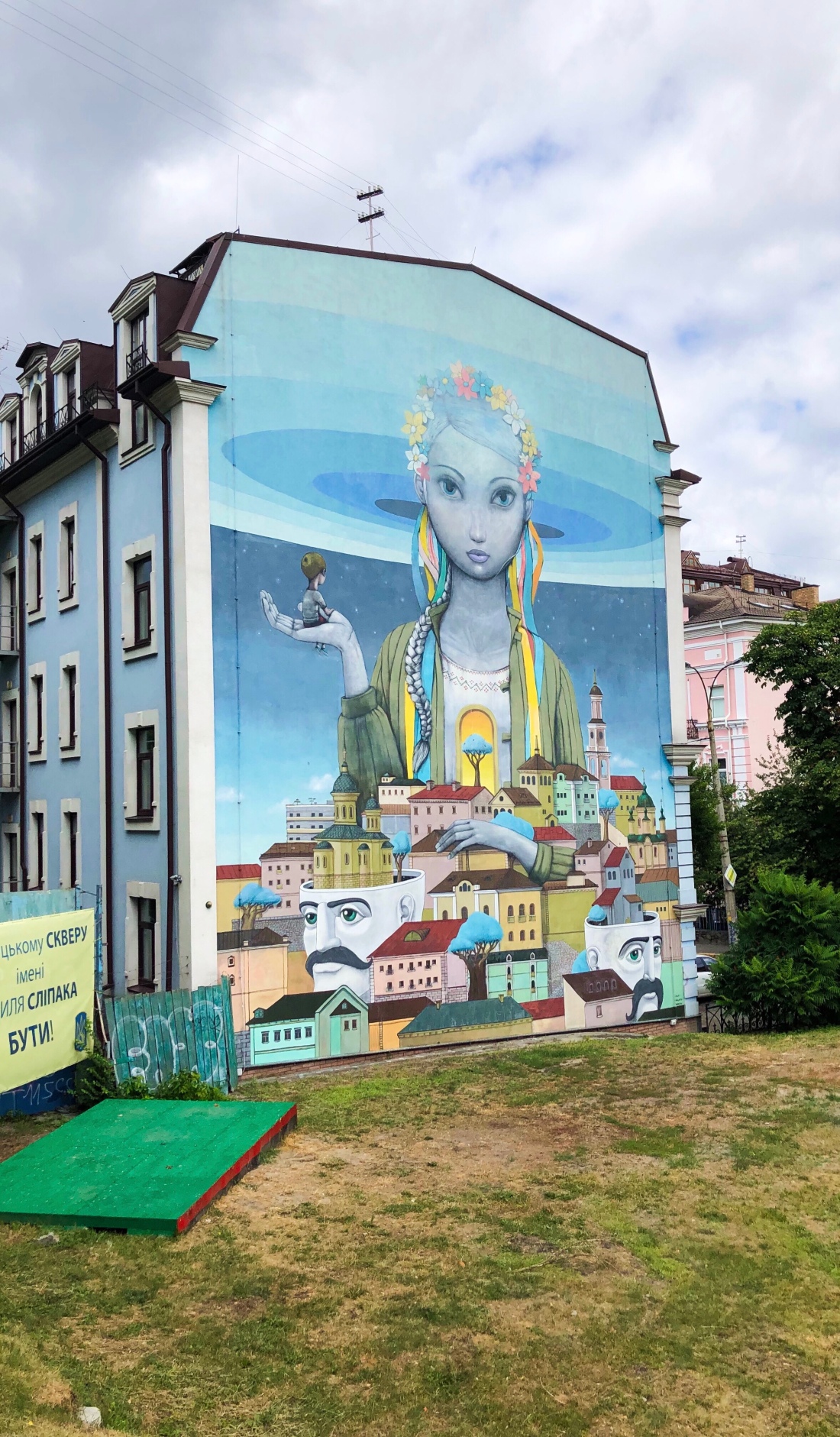 Overall, I loved Kyiv and would highly recommend it to anyone. Especially if you are interested in dipping a toe into visiting this part of the world. I felt incredibly safe the entire time I was here and was blown away by the incredibly sophistication and culture here in Kyiv.

One thought on “Three Days in Kyiv, Ukraine”