I am in Australia! Specifically, Melbourne, Australia, which as the title indicates is actually pronounced Mel-been.

The journey started with a flight from Dulles to LAX, where I ran into a few people wearing their JMU gear after the incredible win on Friday. We unseated the 5-time national champions of the NCAA FCS teams. GO DUKES!

I of course wore my JMU Alumni shirt and shamelessly yelled “GO DUKES” at others sporting their spirit too. When I got on the plane, the shirt helped strike up a conversation with a guy in the Marines in the row ahead of me who watched the game the night before with some friends. As fate would have it, two kids were seated next to me and the dad was seated in front, next to this Marine guy. The dad asked to have my seat and I said of course and sat next to this Marine guy for the flight. He was friendly and our conversation kept my mind off the anxiety I was feeling earlier, of starting the journey.

I think that the best part about traveling by yourself is how approachable you seem when you are not attached to others. I have found that I more easily make friends and meet really interesting people when I am by myself. This time was no exception. We even got dinner together before we parted ways.

The next flight was a doozy, 15 hours from LAX to Melbourne. There was a group of high-school aged kids who were visiting the US and now heading back home. They were mostly dressed in patterned harem pants and had unkempt hair. They were singing and just happy to go home. Their excitement made me excited for the energy in Australia. I settled in after boarding the flight and tried to begin to adjust myself to my new timezone by sleeping most of the flight after dinner.

We landed in Melbourne at around 10:30 am, with my third and finally flight leaving at 7:55 pm. Since there was time to spare, I decided to get a bus into the city to explore for a few hours.

​
Using my handy-dang Trip Advisor app, ​I choose to see the Queen Victoria Market, which was closed, since it was Monday. So it goes! I did get to walk around and see all the stalls, though most of them were closed up. Seems like it would be very lively when open.

I got lunch at a local spot with Spanish inspired dishes. I learned new words like “capsicum” for “bell peppers.” Also, when Australians are trying to put emphasis on something, like “that’s really hot” they’ll instead say “that hot as.” The “as” adds emphasis.

After lunch, I headed to the Central Mall which was HUGE! There was this interesting tower in one part, surrounded by glass. I didn’t figure out why this there! It was striking though. 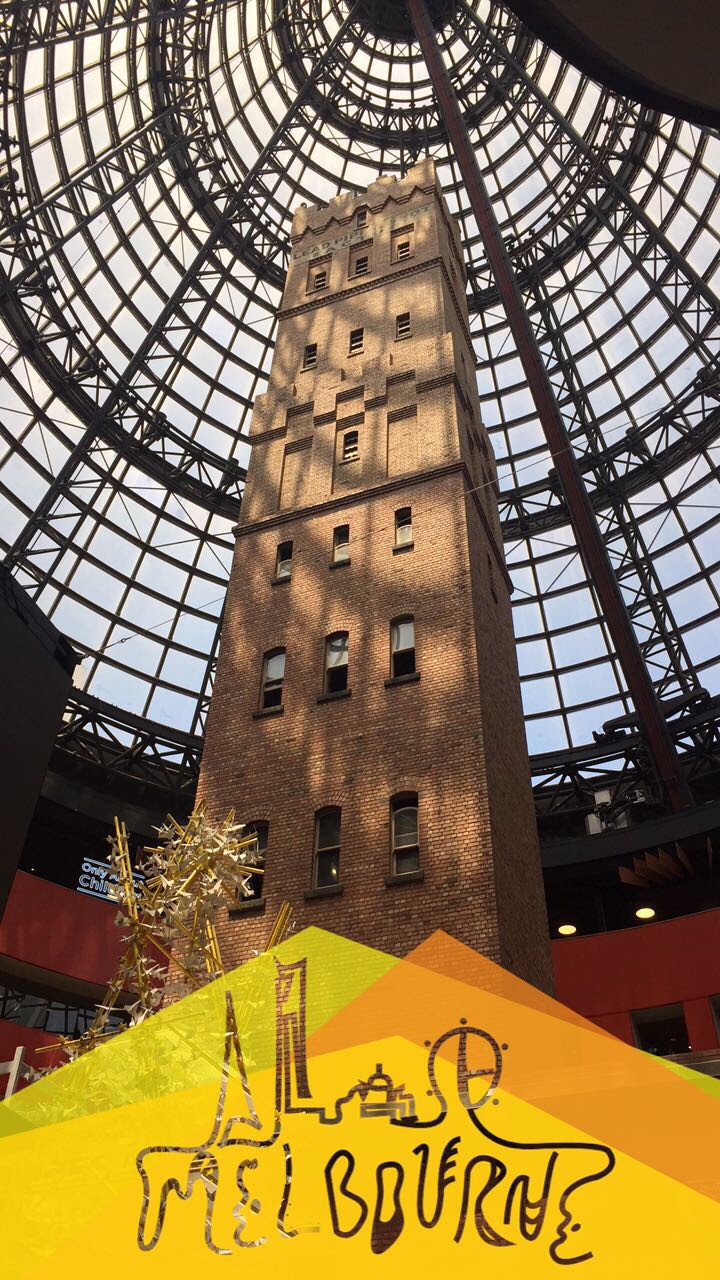 I took this mall as an opportunity to buy sunglasses and just see what Australian fashion was like. There were so many stores I had never heard of and so many cool styles and designs I would never see in America. I love beautiful things, so this was still fun, even if I didn’t buy anything but cheap sunglasses.

It was getting close to the time that I needed to head back, so I walked about a mile back to the bus station and hopped on a bus back to the airport.

And, that would leave me here, waiting to board the final flight.

I honestly can’t wait to lie down in a bed and sleep until I wake up. I’ve been awake and either sitting or standing for a good while now. I don’t have to meet my travel group until 6:30 PM tomorrow, so not setting an alarm sounds like the perfect way to relax before the trip really begins. It’s the little things!